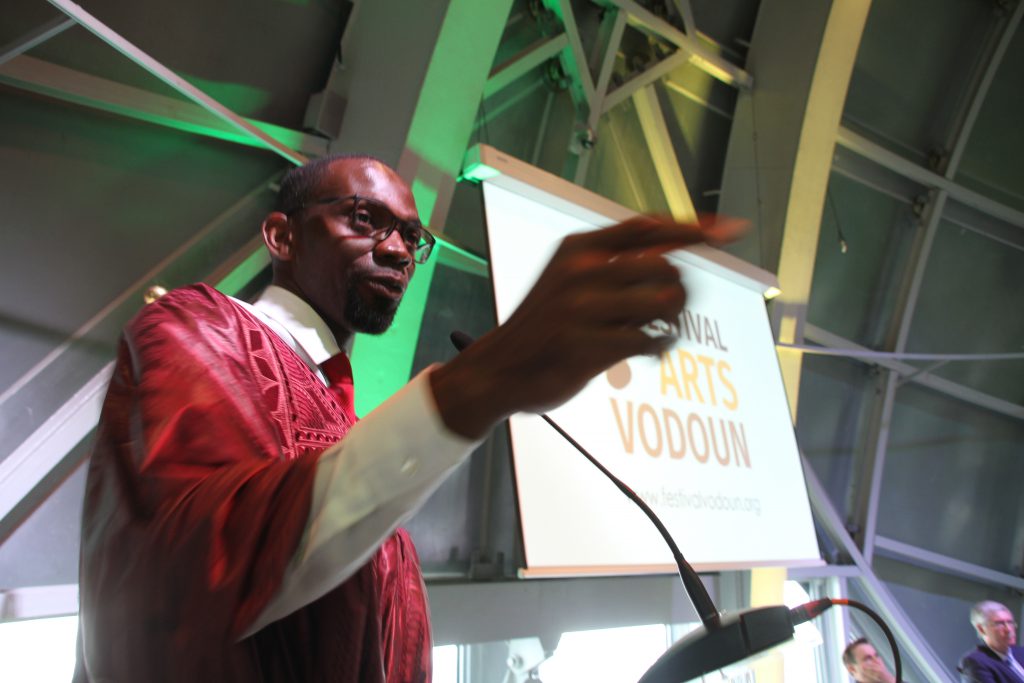 The Vodoun Arts Festival is a cultural project that attempts to rebuild through the arts vodoun more than four centuries of history between Africa, the Caribbean, America and Europe. “I proceeded this Saturday 9 September 2017 with the entire team of volunteers at the Brussels Atomium, symbol of the Kingdom, at the opening ceremony of the second edition.This festival aims to reconstruct by art an Afro-European history largely based on the slave trade. Benin, the great embarkation territory of these slaves in the eighteenth century, displays the characteristic features of one of the most beautiful expressions of its particular and singular heritage: the Vodoun, and thus the slaves leaving the land behind them. of their forefathers, also took away all the forms of artistic and cultural expressions belonging to this heritage “. The Vodoun Arts Festival wants to offer the European and Afro-descendant public all the art forms that surround Vodoun identity and African culture. More information on the FAV

This second edition of the Vodoun Arts Festival will be furnished, among others, a conference on the theme “Vodoun and initiatory rites” which will be led by eminent university professors and Vodoun priest from Benin, Haiti and Belgium. ; promoting the performance of visual artists and sculptors from Africa and the Caribbean through exhibitions of works of art and finally a Vodoun inspired live concert.

In Benin, for a long time, the Vodoun was considered highly diabolical, obscurantism and fetishism with its attendant pejorative diametrically opposed to imported religions, including Christianity. But fortunately, the country has entered for more than two decades in a dynamic characterized by the valorization of this cultural and cultic wealth especially as the Vodoun is found today in Haiti, Bolivia, Brazil, the United States , Cuba and the Caribbean. Below are some pictures of the speakers at the launch. 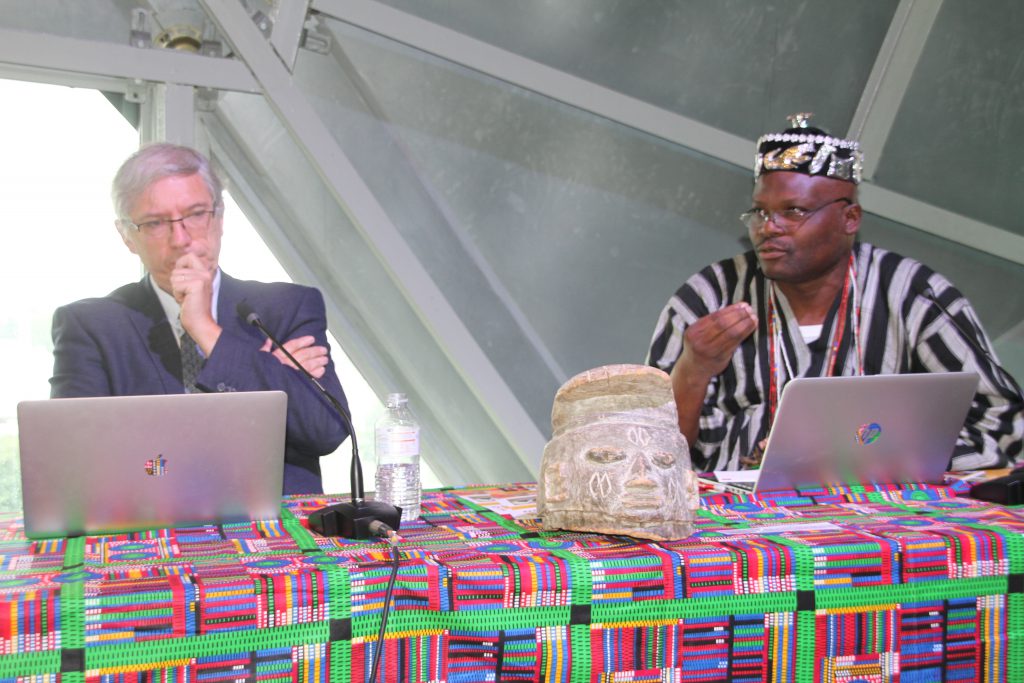 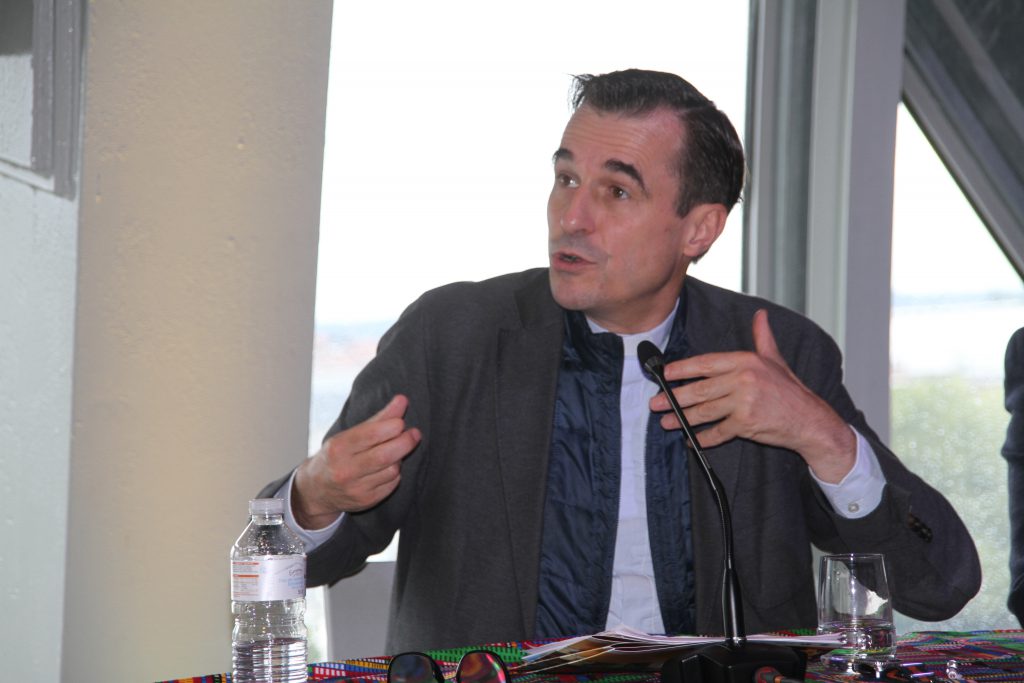 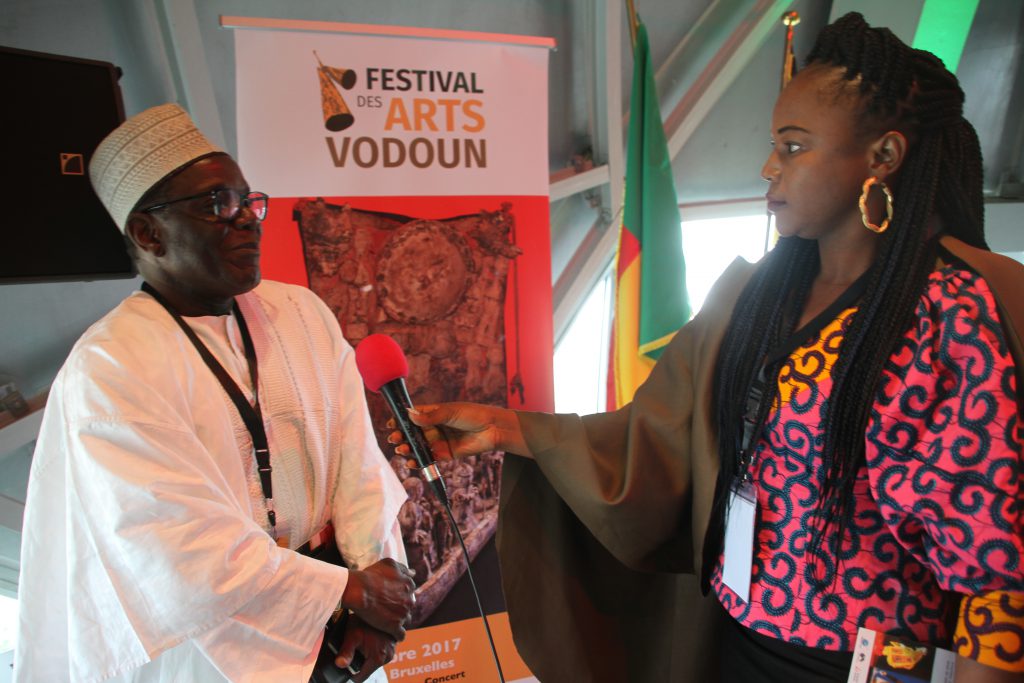